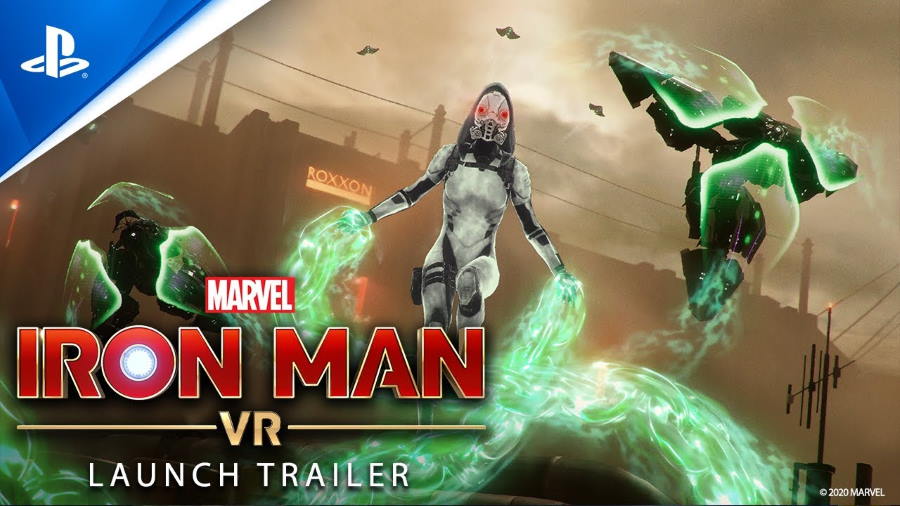 Ahead of its launch on July 3 for the PlayStation VR, Sony Interactive Entertainment and Camouflaj have released a launch trailer for Marvel’s Iron Man VR.

As the Armored Avenger, players will be able to take part in an original Iron Man adventure. In it, series mainstay Tony Stark takes the fight against Ghost and Living Laser, who have teamed up in an attempt to take both him and Stark Industries down once and for all with old Stark Industries weaponry. Along the way, players will take part in high stakes, action-packed battles that eventually ramps up to a climactic showdown.

To make the most of Iron Man’s technologies, players can utilize two PlayStation Move motion controllers to fire up his Repulsor Jets and blast into the skies. An arsenal of iconic Iron Man gear is also at the player’s fingertips. Players will also be able to upgrade tech in Tony Stark’s garage to make changes to both his armor and his abilities.