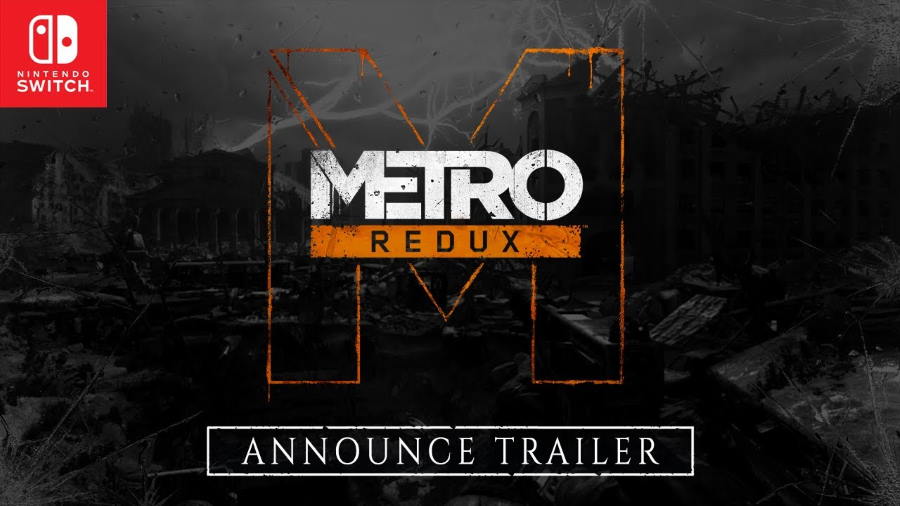 The world of 4A Games’ Metro Redux saga will make its way to the Nintendo Switch on February 28, 2020.

Based on Dmitry Glukhovsky’s Metro 2033 novel, this collection features Metro 2033 and Metro Last Light and its DLC. Players will take control of Artyon, who must contend with a civil war that could spell the end of humanity. He sets out on a desperate mission to the heart of the Metro system to warn what remains of mankind of this threat.

You can find a teaser trailer below:

Those that pre-order the physical edition of the title can get themselves The Ranger Cache pre-order pack, which includes a Metro Redux pin badge set, a game case sleeve, a double sided alternate artwork inlay, four double sided art cards, and an A2 double sided poster.