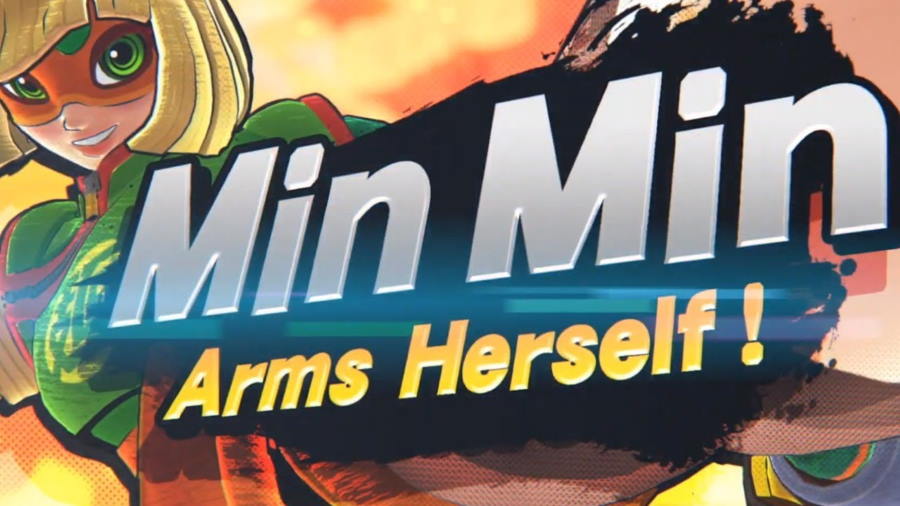 Hailing from the ARMS series, Nintendo announced today that Min Min will make her way to Super Smash Bros. Ultimate on June 29, 2020.

This character has humble beginnings, starting out as a ramen-loving employee at the Mintendo Noodle House. However, she quickly made a name for herself as a champion contender in the ARMS Grand Prix. Her extendable ARMS – the Ramram, the Megawatt and her laser-firing Dragon ARM – can be controlled individually and used to access a wide variety of tools.

Min Min brings with her the Spring Stadium stage and 18 music tracks from the ARMS video game. The stage itself will have enemies bouncing off the striking ceiling arches when they’re launched, and has a number of interactive elements.

You can view the full presentation below, featuring Director Masahiro Sakurai:

[testimonials user=” email=” name=” position=” photo=”]“Min Min from ARMS marks the first of six exciting new fighters joining the Super Smash Bros. Ultimate roster through Fighters Pass Vol. 2, broadening the diversity of unique fighters available to players. As our support for the game continues through regular updates and DLC, Super Smash Bros. Ultimate remains the premier destination for video game fans to battle it out alongside many of the most iconic characters in video game history.”[/testimonials]

Min Min will be available as part of the Super Smash Bros. Ultimate Fighters Pass Vol. 2, or to those who purchase Challenger Pack 6 separately for $5.99.