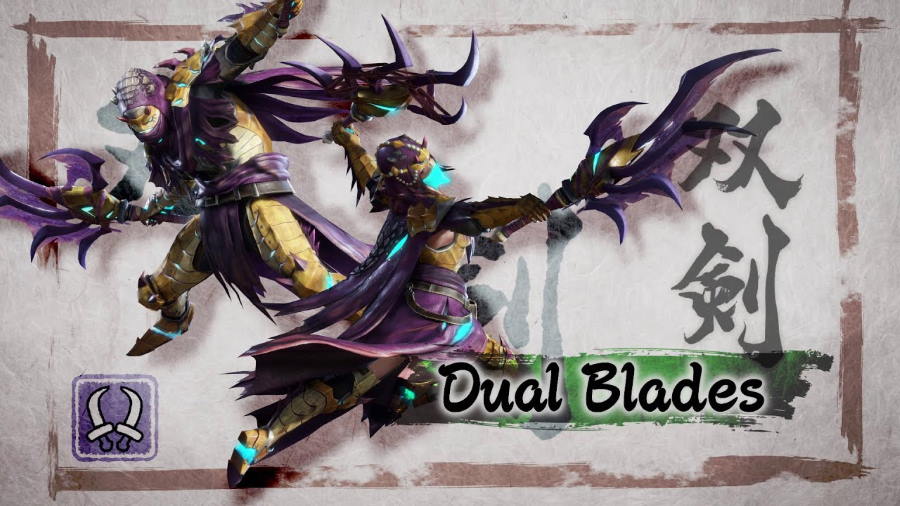 Delivering an onslaught of slices in rapid succession, the latest trailer for Capcom’s Monster Hunter Rise takes a look at the Dual Blades in action.

These weapons can deliver attacks like the Silkbind Attacks “Shrouded Vault” and “Piercing Bind.”

Set to release on the Nintendo Switch on March 26, 2021, Monster Hunter Rise will transport players to the ninja-inspired land of Kamura Village. Though a half century has passed since the last calamity struck, a terrifying new monster has reared its ugly head.

Players will be able to hunt solo or in a party with friends. Each battle will allow players to earn rewards that can then be used to craft a variety of weapons and armor. Gameplay systems new to the game include “Wire Action” and your canine companion “Palamute” (whether you can pet the dog is still up in the air). The title will also have cross-compatibility functionality with the upcoming Monster Hunter Stories 2: Wings of Ruin.