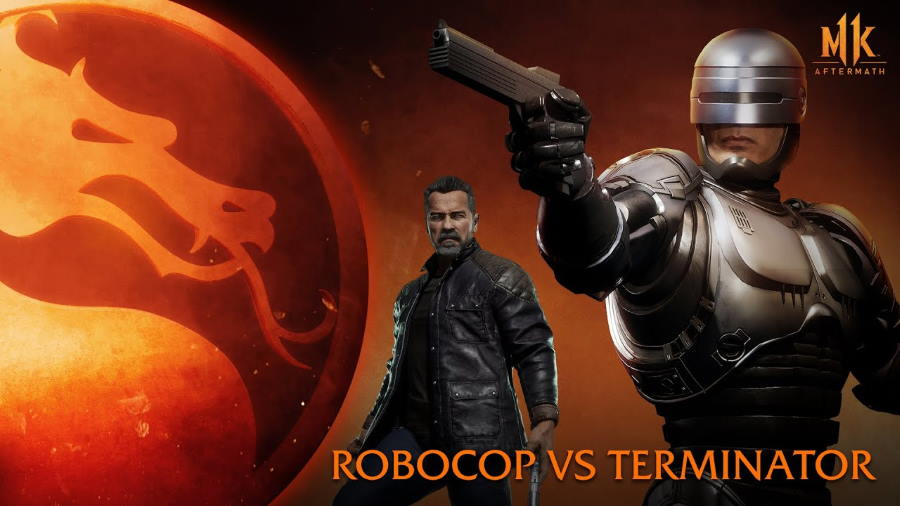 A battle for the ages, see RoboCop take on the Terminator with the latest trailers for WB Games and NetherRealm Studios’ Mortal Kombat 11: Aftermath.

A highly advanced cybernetic police officer RoboCop makes his premiere as a new guest character in this release. In this rendition of the character, the voice and likeness of actor Peter Weller has been captured.

He takes on the ultimate cyborg assassin the Terminator, who is currently available as part of the Mortal Kombat 11 Kombat Pack. He is based on his appearance from the “Terminator: Dark Fate” film.

You can see both Round 1 and Round 2 of this bout below:

Mortal Kombat 11: Aftermath will include a franchise-first story expansion, Fujin, Sheeva and RoboCop as playable characters, three character skin packs that include three skins each (which will be released over time) and the “Thanks a Million” Johnny Cage skin. It will retail for $39.99, and launch digitally on May 26, 2020.