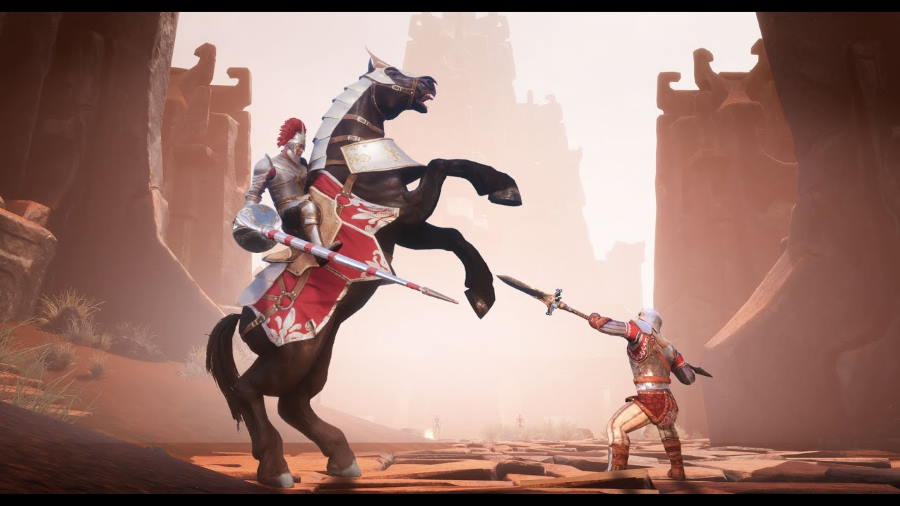 Beginning today, all those that jump into Funcom’s Conan Exiles can capture foals, train them into steeds, and ride them into battle.

A free update to this game, players will be able to get themselves horses, which will allow them to cut down their travel time by a great amount. This feature will affect combat as well, allowing players to swing their swords, joust, and fire arrows from horseback.

Alongside this feature comes a new follower leveling system, allowing Exiles to gain experience points for their thralls, horses, and pets. Followers can also gain random perks, some which are powerful and rare.

[testimonials user=” email=” name=” position=” photo=”]”Since the beginning, mounts and mounted combat have been a part of the dream that shaped Conan Exiles. It is gratifying and exciting to finally deliver on that dream and give players the mounts and combat experience that they have been waiting for.”[/testimonials]

Note that all new content in the Riders of Hyboria Pack is exclusive to this DLC. While it does add a number of new visual options, it does not provide any in-game advantage in power. Every new item has comparable stats to existing items.

See what hockey’s biggest stars have to say about EA Vancouver’s NHL 22 with the launch trailer for the game.
ShareTweet
Tags
News PC News