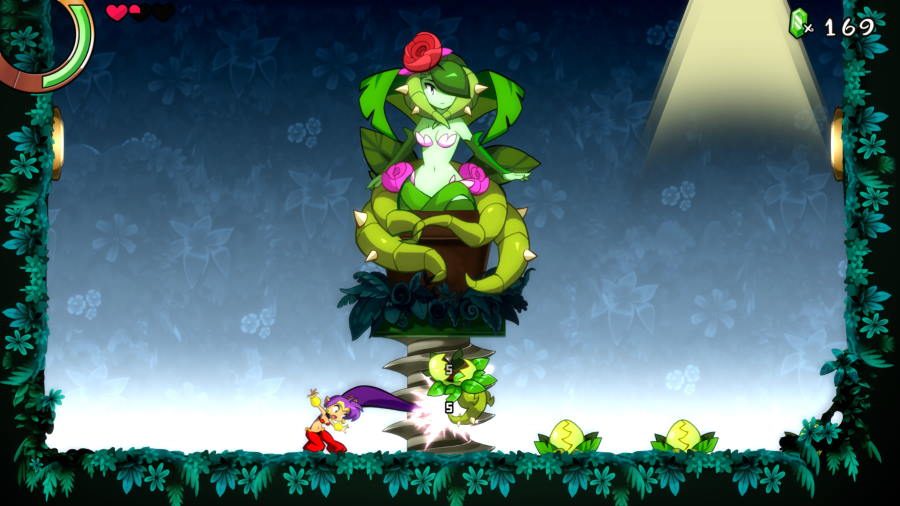 Originally called Shantae 5, WayForward has released a number of new details regarding Shantae and the Seven Sirens.

In this title the half-genie hero Shantae will head to a tropical island, where she and her friends will encounter a number of other Half-Genie allies. To overcome any and all troubles she may come across, Shantae will be able to use new dance abilities and instant-transformation Fusion Magic (including a newt and other aquatic forms) to explore its nonlinear, interconnected world. Also included is a collectible card system that will give players the freedom to augment Shantae’s powers to suit their own unique style of play.

Support for 4K resolutions and animated TV-style cutscenes will be implemented as well.

Scope out some of the screenshots below:

The game will come out for the PlayStation 4, Xbox One, Nintendo Switch, PC, and Apple Arcade.