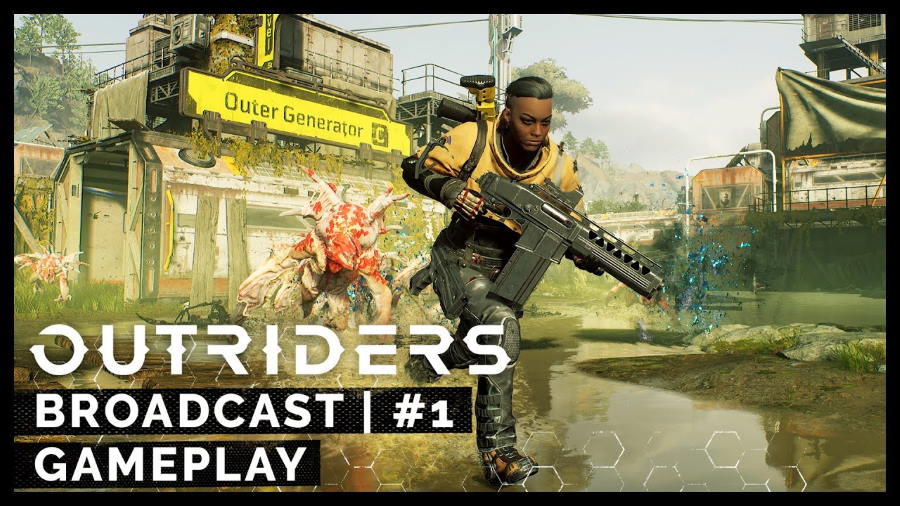 Watch more than 12 minutes of People Can Fly and Square Enix’s new RPG-shooter Outriders with the inaugural broadcast for the game.

Combining RPG and third-person shooter combat elements, Outriders will feature deep character progression and itemization. This allows for a number of different class builds that highlight its skill-based gameplay.

All those interested can join the Square Enix team that consists of the co-op team of Sven and Robbie below. These two set out to fight through the hostile First City. Their ultimate mission is to find and obtain a truck that holds crucial information on the signal. The video includes never-before-seen Pyromancer powers, hyper-evolved creatures, information on its World Tier system, and a detailed look at the immersive environment this title brings with it.

According to Bartek Kmita, Creative Director of Outriders at People Can Fly:

[testimonials user=” email=” name=” position=” photo=”]“We are making the game we always wanted to play. The team at PCF are all gamers and we love shooters. Shooters are in our DNA and we have been making them for decades. At the same time, we also love RPG’s. We always wanted to play a deep RPG, with an epic story and the flexibility to create lots of interesting character builds, but we also wanted a skill-based, challenging and intense real-time combat system in our RPG. When the opportunity to create it ourselves came along, it was like a dream come true.”[/testimonials]

Future episodes of the Outriders broadcast will be released monthly, and will provide deep dives into different features of the title. Highlights will include all-new gameplay segments, different environments, a closer look at its different character classes, and a number of updates from the team.