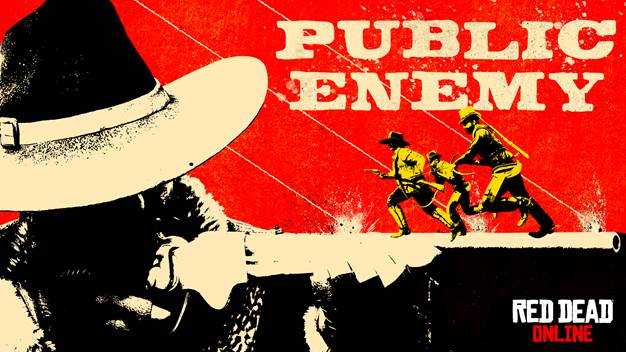 Rockstar Games announced today that the latest Showdown mode, Public Enemy, has made its way to Red Dead Online.

In Public Enemy, each team has their own Public Enemy, which will rotate regularly among each of the players. The ultimate goal of this Showdown mode is to kill the opposing team’s Public Enemy to score points. 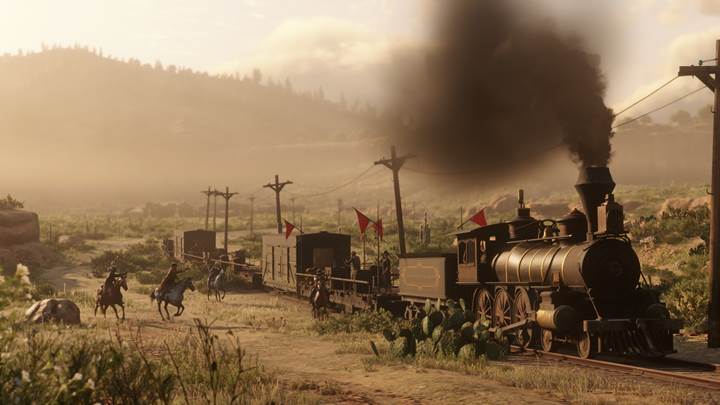 A variation of King of the Castle, the Railroad Baron Free Roam event will also make its way to the game this week. In it, players must take control of the active area on a train car for the longest time to claim victory for themselves. 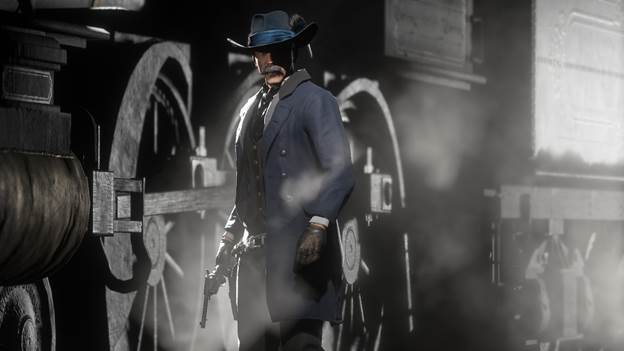 Clothing-wise, the Bellerose Hat has been added to the Wheeler, Rawson and Co’s catalog and can be yours for free this week. Also new this week is the new Flores Vest and remaining limited supplies of the Raccoon Hat, Calhoun Boots, and Shaffer Chaps.

Finally, players can get 35% off all Provisions this week and can customize their Camp with a new theme, flag, = or an upgraded tent that recharges your cores more quickly while resting at camp with a respectable 25% off all Wilderness Outfitters offerings.