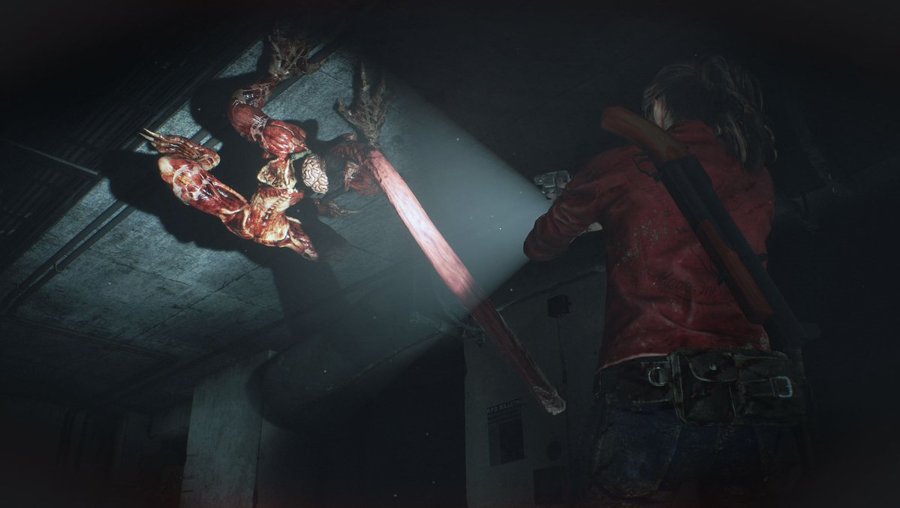 Capcom today released a new Resident Evil 2 Remake gameplay trailer featuring the Licker. The Licker is the one of the games most gruesome and terrifying enemies. Check out the trailer down below and get find out our thoughts on it.

The video features Claire exploring the underground area of the Police Department and finding a Licker. During the battle we get to see a couple of weapons shown off, and we get to see the defense weapon used against a Licker. In the end she has to face not one, but two Lickers and try to escape. Looks like she might need some more fire power if she wants to bring down those beasts.