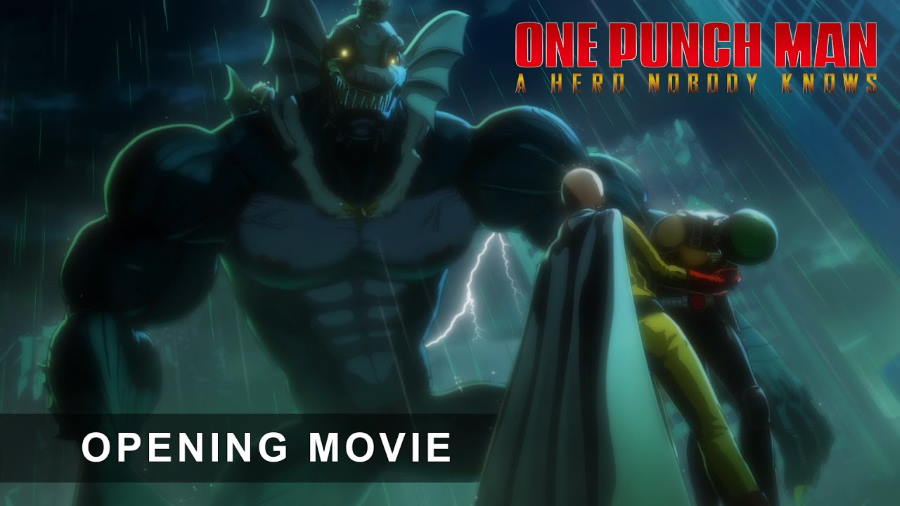 Ahead of its launch on February 28, Bandai Namco has released the opening trailer for One Punch Man: A Hero Nobody Knows.

Fans of the anime and manga series will be able to watch Saitama, Genos, Terrible Tornado, Mumen Rider, and Speed-o’-Sound Sonic take on the Deep Sea King and show off their moves with this opening animation. The title’s main theme song, “Freaking out!” by JAM Project, is also featured.

ONE PUNCH MAN: A HERO NOBODY KNOWS – Opening Movie Trailer

One Punch Man: A Hero Nobody Knows features up to 3 vs 3 tag battles with a number of fan favorites of the series. Other characters making an appearance as playable characters are Metal Bat, Tanktop Master, Metal Knight, Stinger, and Melzargard.

The title will come out for the PlayStation 4, Xbox One, and PC via Steam.