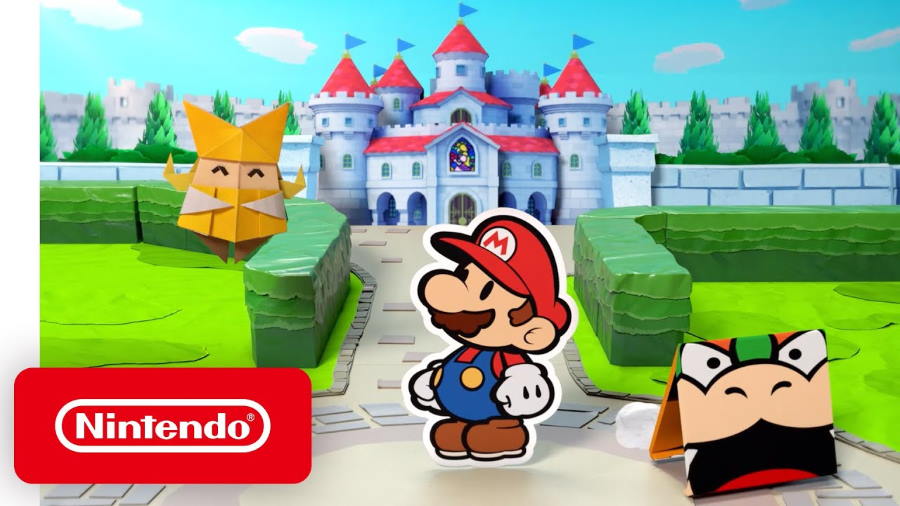 Ahead of its release on July 17 for the Nintendo Switch, Nintendo has released a new commercial for their paper-crafted adventure Paper Mario: The Origami King.

In this title, Toad Town has been ravaged by King Olly, the self-proclaimed ruler of the Origami Kingdom. With five giant streamers at his command, this menace has bound Princess Peach’s Castle and has transported it to a distant mountain as he executes his plan to re-fold the world.

However, our hero Mario is determined to put a stop to Olly’s origami onslaught. Teaming up with King Olly’s sister Olivia, he soon comes across a number of other allies to aid him along the way (including Bowser). Players will also be able to use Mario’s arm-extending 1,000-Fold Arms ability in specific spots, which can pull, peel, hit, and do a wealth of other tasks.

Along the way, players will make use of a battle system that has Mario taking on Folded Soldiers in ring-based battles. With this set up, players will need to strategically line up enemies to maximize damage and take them down. The fearsome Legion of Stationery stands guard at the end of each streamer, and Mario must use all of his abilities to take each of them down.

Learn more with the latest commercial below: