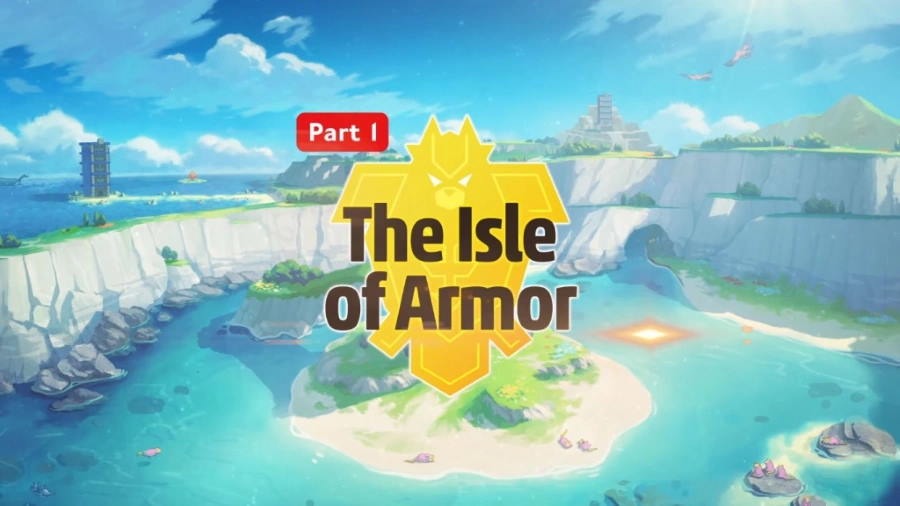 The first in a series of expansion passes for Pokémon Sword and Pokémon Shield, The Isle of Armor will launch for the Nintendo Switch on June 17, 2020.

In these expansions, a number of new Legendary Pokémon will make their appearance. These include Kubfu, Urshifu (and Gigantimax Urshifu), Calyrex, Regieleki, and Regidrago. In addition, there will be Gigantimax versions of your very first partner Pokémon. These include Gigantamax Rillaboom, Gigantamax Cinderace, and Gigantamax Inteleon.

Note that Legendary Pokémon Articuno, Zapdos, and Moltres will also make their appearance in their special Galarian forms. There will also be Galarian forms of Slowpoke and Slowbro. Finally, Pokémon that didn’t originally appear in Pokémon Sword and Pokémon Shield will make their return in these expansions. These include new regional forms, Legendary Pokémon, and familiar Pokémon.

The Isle of Armor itself is located in the Galar region, featuring beaches, bogs, forests, caves, and sand dunes. There is also a dojo that players can train at that is under the watchful eye of the Trainer Mustard.

Learn more with the three minute trailer below, which shows off the highlights:

Explore the Isle of Armor and Crown Tundra with the Pokémon Sword and Pokémon Shield Expansion Pass!