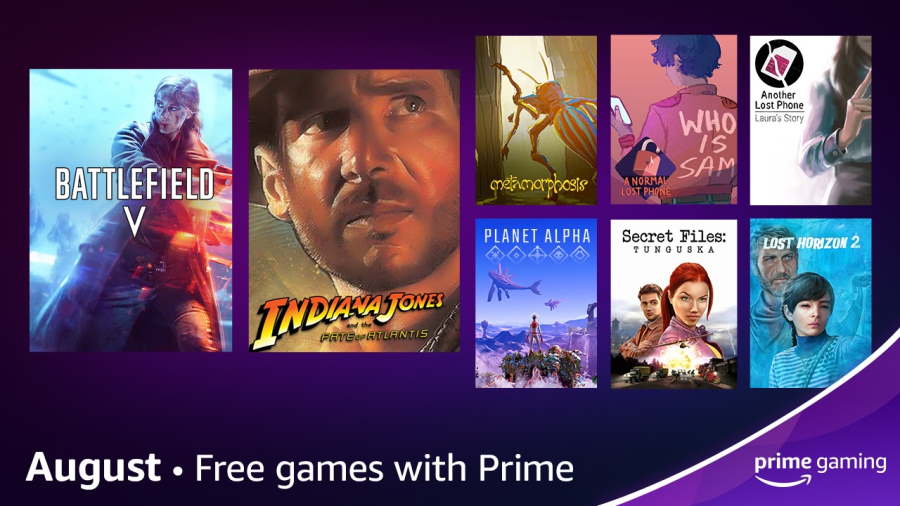 Beginning August 2, all Prime Gaming members will be able to add titles like Battlefield V, Indiana Jones and the Fate of Atlantis, and Lost Horizon 2 to their collections.

Scope out the full list of free offerings below:

Learn more with the sneak peek below: