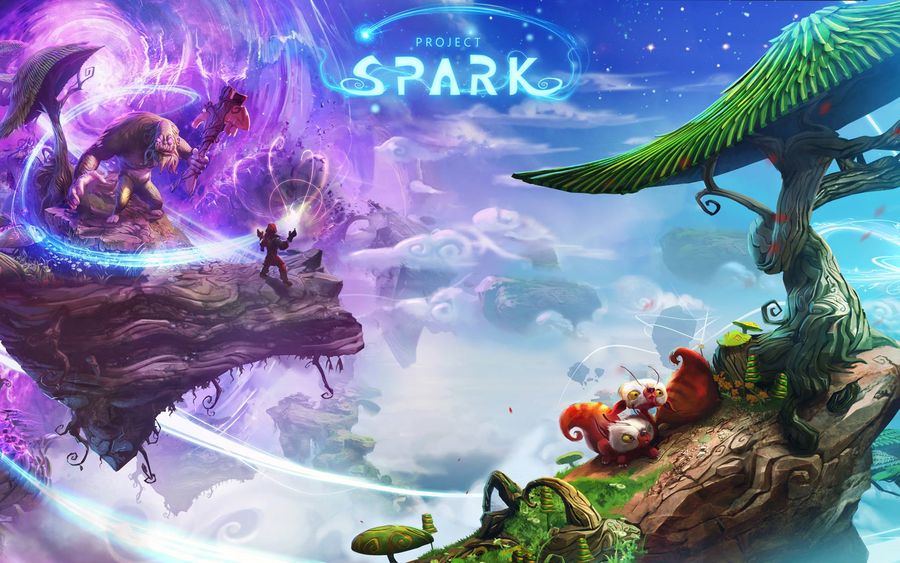 Ever heard of Project Spark? No? Well, no wonder, if you currently want to join the beta, you need to have an Xbox or Windows 8.1. With the motto “Where creators play and players create” the publisher now advertises its new concept on the web. It is developed by Team Dakota and published by none other than Microsoft themselves. The PC beta started back in June 2013, Xbox One got their beta release on March 4 2014.

The concept of the game is to create levels and small games for other players. Sounds a bit Little Big Planet-ish? Well, you can create a whole world. So, it’s Minecraft. What seems like a hybrid of two of the most successful games of all times promises much more. Where LBP  and 2 were mostly set in a 2D-environment with fairly limited space, Project Spark affirms that 2- and 3D games will be possible. If that’s not enough, you’ll be able to create movies, too. Allowed are Keyboard, Mouse, Touchscreen, Kinect, Smartglass, etc. Blank maps or predefined levels can be changed via terra-forming, interactive ob- and subjects.

Microsoft are trying to create an incredibly complex game-maker, but still easy to use. The term “easy to learn, hard to master” would surely apply to the finished game. While the idea itself was ‘sparked’ by games like Minecraft and Little Big Planet, Team Dakota and Microsoft like to take things a step further. If compatibility for other Windows-versions will follow, as well as the release date for the Free-to-Play title, has not been released yet. If you however have either Windows 8.1 or an Xbox ONE, you can check it out here. The game will be released this spring.