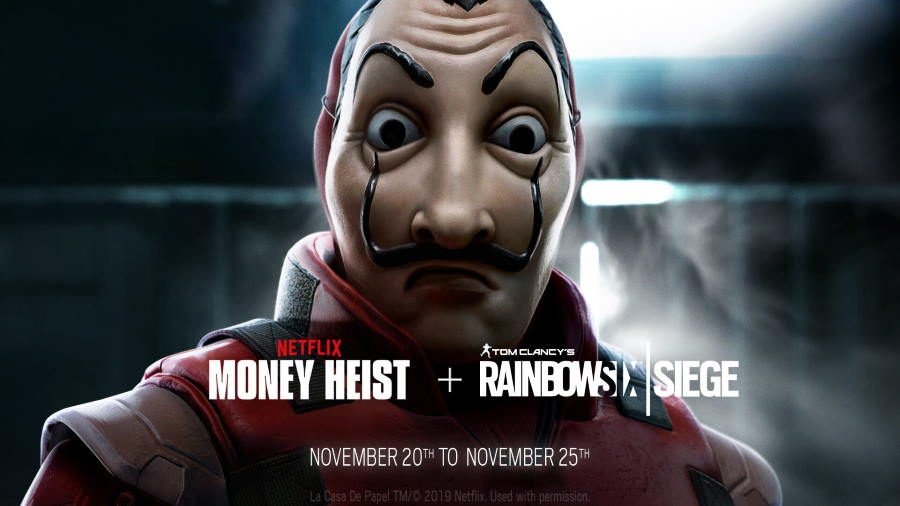 The Money Heist event will make its way to Ubisoft’s Rainbow Six Siege from November 20 to November 25.

This in-game event is done in collaboration with Netflix and ties into their Spanish-language series Money Heist. In this limited time event, both Attackers and Defenders will fight over a Hostage dressed in the series’ red jumpsuit and iconic mask. Note that Hibana and Vigil are also equipped with the same look.

Players will be able to purchase Hibana’s Heist Bundle, which contains the Red Jumpsuit uniform, Tokyo charm, Emboldened headgear, and Regal Mint weapon skin for the TYPE-89. For those who would rather outfit Vigil, that Accomplice Bundle includes the Red Jumpsuit uniform,The Surrealist charm, Nameless headgear, and Fresh Paper weapon skin for the K1A.
Learn more with the trailer below:

Rainbow Six Siege is now available for the PlayStation 4, Xbox One, and PC.