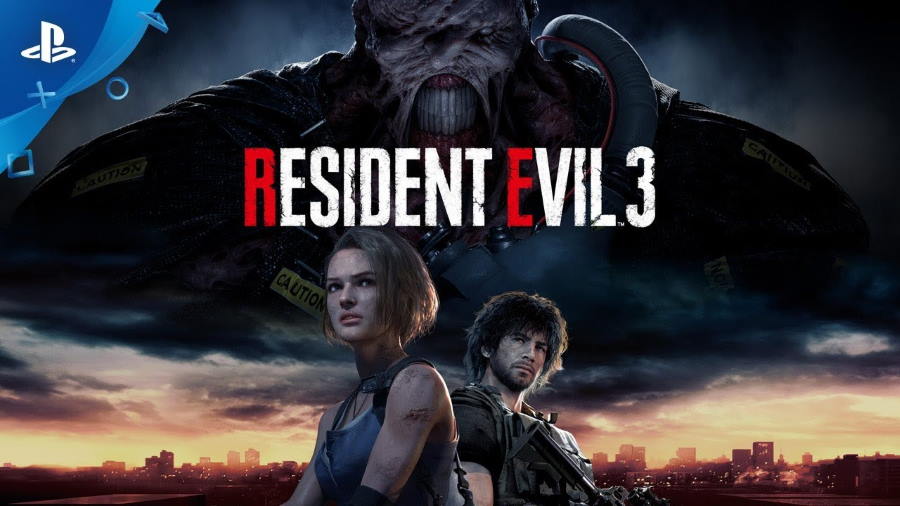 Revealed during today’s State of Play segment, Capcom announced today that the Resident Evil 3 Remake will come out for the PlayStation 4, Xbox One, and PC on April 3, 2020.

Powered by the proprietary RE Engine, this title completes the Raccoon City story arc and stars S.T.A.R.S. member Jill Valentine. She must escape from a crumbling Raccoon City while evading the unrelenting bioweapon known as Nemesis. Jill best be wary though – Nemesis is armed with an arsenal of high-powered weaponry.

Asymmetrical multiplayer will also be available on the outskirts of Raccoon City in the online Resident Evil Resistance. This 4 vs. 1 multiplayer game will allow players to manipulate the environment and also wield a deck of cards to set traps, place vicious creatures, and utilize weaponized security cameras to snare hapless Survivors. Bioweapons like G-Birkin and Tyrant, along with characters like Annette Birkin, will be included.

Console players in North America can purchase the Resident Evil 3 Collector’s Edition, which includes a physical copy of the title, a printed artbook, a high quality Jill Valentine figure, a Raccoon City map wall poster and a digital Resident Evil 3 soundtrack. Pre-orders will also include the exclusive Classic Costume Pack, which features the original design for Jill Valentine and hairstyle for Carlos Oliveira.