Rockstar Games announced today that the Schyster Deviant muscle car has made its way to GTA Online, along with a number of Double GTA$ & RP opportunities. 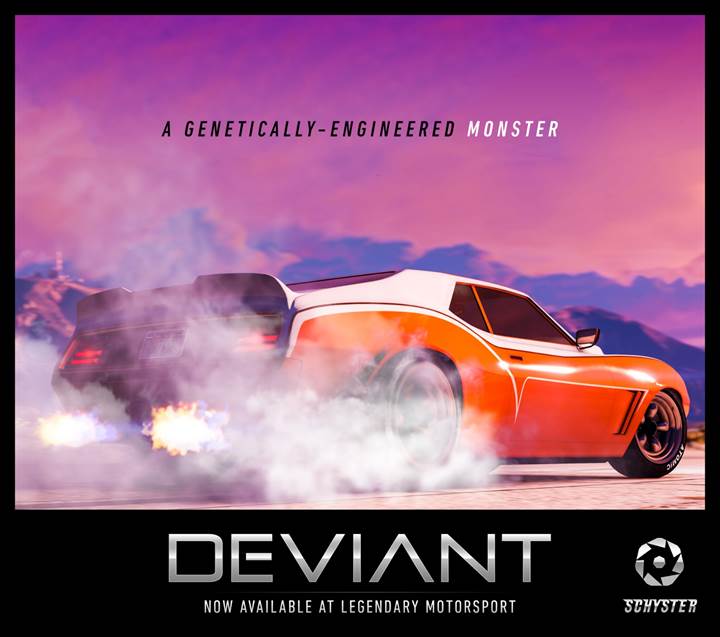 Those looking for a car with a little muscle can get the Schyster Deviant at Legendary Motorsport. All those that log into the game this week can also get themselves a Schyster T-shirt on the house. If that’s not enough, all successfully delivered Business Battle Crates have a chance to offer up GTA$50,000, along with a hand-picked mix of rare T-Shirts. 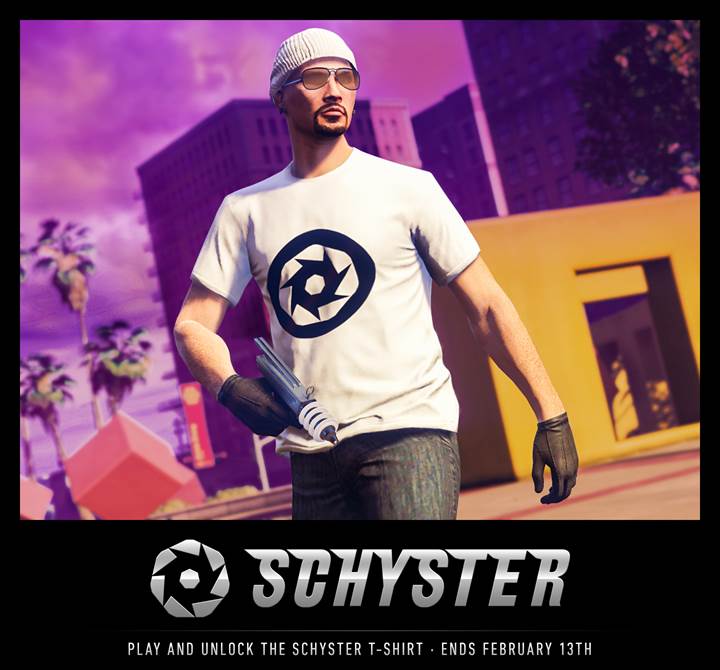 Players can earn themselves Double GTA$ & RP on RC Bandito Races this week, and can also net themselves double rewards on Trading Places (Remix) during this same time period. A 2X Boost on Nightclub Popularity gained from Nightclub Management missions will also be offered up this week.

All those that jump onto GTA Online any weekend this February can net themselves a cool GTA$250K reward the following week, totaling up to GTA$1M for the entire month.

Topping things off are the following discounts on nightclub and delivery-based options:

The following machinery will also get these discounts:
Source: Press Release