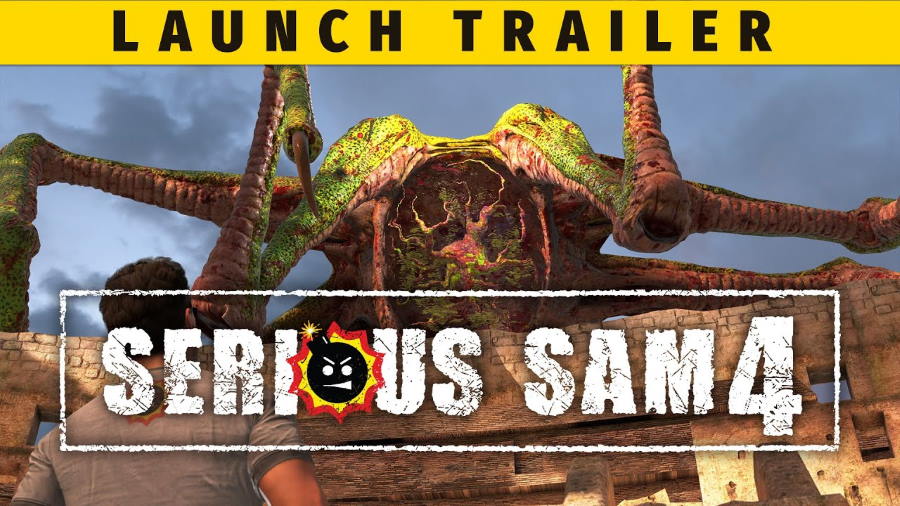 Defenders of humanity the world over will be able to save the day with the release of Devolver Digital and Croteam’s Serious Sam 4 – see what awaits players with the launch trailer for the game.

Now available for the PC and Google Stadia, Serious Sam 4 features a world where humanity is under siege. Mental’s hordes are spreading like wildfire, ravaging what remains of a beaten-down civilization. To combat this threat, the Earth Defense Force’s blue-collar grunt Sam “Serious” Stone and his squad of misfit commandos is on the scene.

In this shooter, players will blast away Mental’s many minions. Its ranks include the iconic Headless Kamikaze, Beheaded Rocketeer, Scrapjack, Kleer, Werebull, and Khnum. New enemies and monsters like the Processed, Belcher, and Brute Zealot (among others) also pose a threat.

However, players won’t be unarmed in Serious Sam 4. Weaponry includes the double-barreled shotgun, the punishing minigun, the chainsaw launcher, a brand new auto shotgun, the iconic cannon, a lock-on rocket launcher, and the laser beam of death.