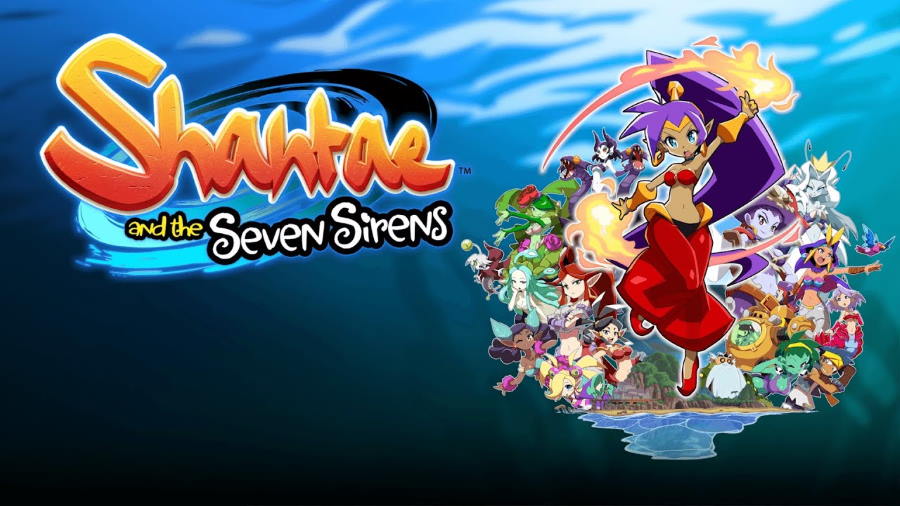 To mark its launch on PC and consoles, WayForward has released a launch trailer for their Half-Genie Hero Shantae’s latest tropical island adventure, Shantae and the Seven Sirens.

The fifth entry in the series, Shantae’s journey begins at a tropical resort, where she soon comes across a number of other Half-Genie allies. However, her vacation gets cut short when these new friends vanish. As she sets out to find them, Shantae begins to explore an interconnected world that is made up of both the island’s surface, along with a massive sunken city below which takes her through a number of towns and labyrinths. She’ll also come across multiple eccentric characters and an array of foes.

Along the way, Shantae will learn new Fusion Magic instant transformations and a number of environment-affecting dances. She’ll also come across a wealth of spells, upgrades, and collectibles, amongo of which are the new ability-boosting Monster Cards. acquires a variety of upgrades, spells, and collectibles (including all-new ability-boosting Monster Cards).

Shantae and the Seven Sirens will feature TV-style cutscenes, a Dance Parlor minigame, and 4K-resolution hand-painted visuals for those on the PlayStation 4 Pro, Xbox One X, and PC.

The game is now available for the PlayStation 4, Xbox One, Nintendo Switch, and PC, and retails for $29.99. Note that the Nintendo Switch version in Europe will launch on June 4, 2020.