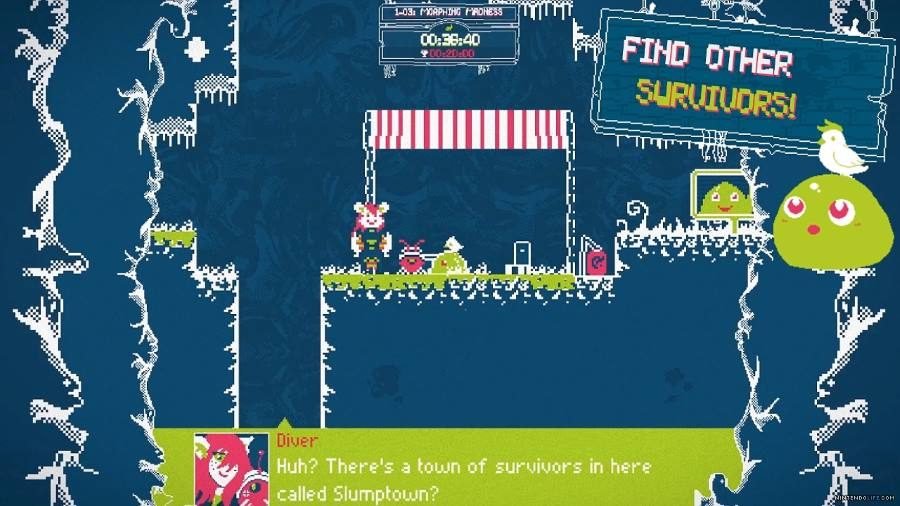 Also included are extra 10 exclusive levels where you can play as Grandpa-san. Finally, there is a “Dynamic Colors” feature that alters the game’s color palette to a unique one for each world.