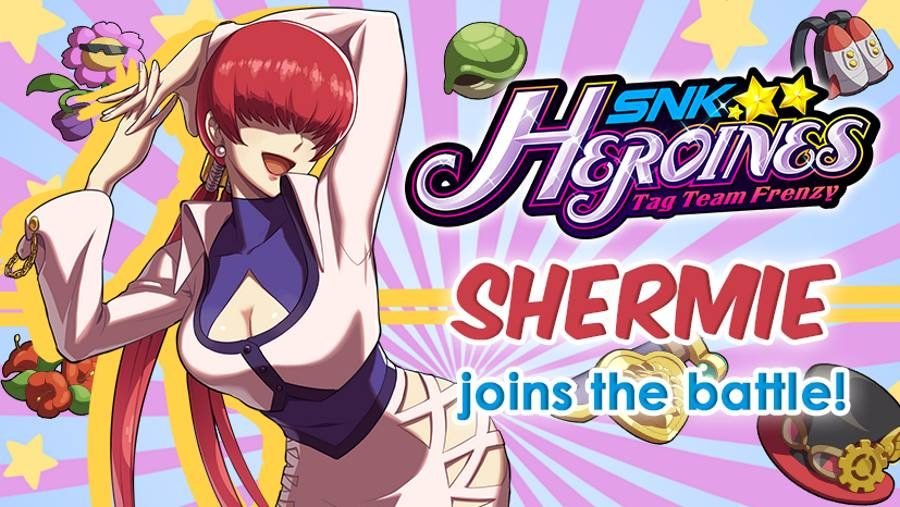 NIS America announced today that SNK HEROINES Tag Team Frenzy will launch for the PlayStation 4 and Nintendo Switch on September 7.

The fighter Shermie was also announced today. First appearing in The King of Fighters ’97, she uses both suplexes and drop kicks. She also has a Dream Finish known as the Inazuma Leg Lariat.

You can watch the reveal trailer below: