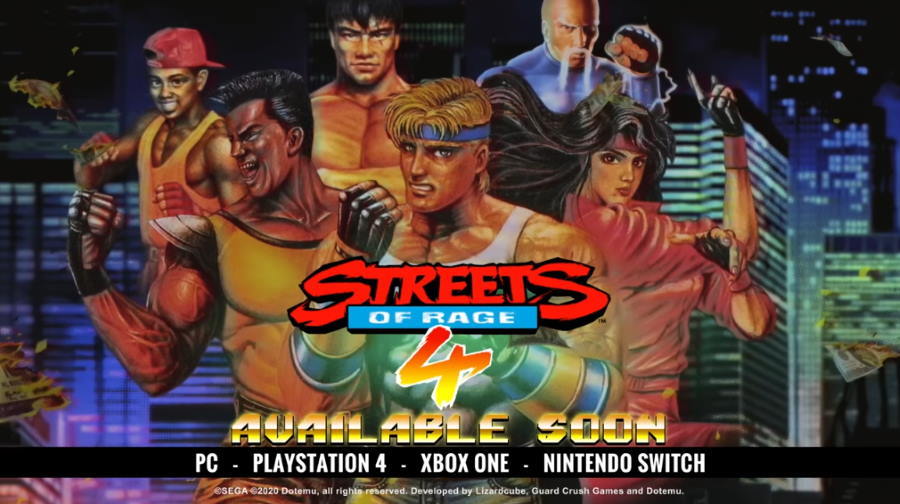 A blast from the past, players will be able to experience classic sprites and music in Dotemu, Lizardcube, and Guard Crush Games’ Streets of Rage 4.

To pay tribute to the SEGA Genesis classics, players will be able to unlock classic characters and music from Streets of Rage and Streets of Rage 2. This also includes pixel art characters complete with abilities and movesets unique to their respective games, such as calling the cops for special moves, sprinting and rolling.

The game will launch soon for the PlayStation 4, Xbox One, Nintendo Switch, and PC for $24.99.