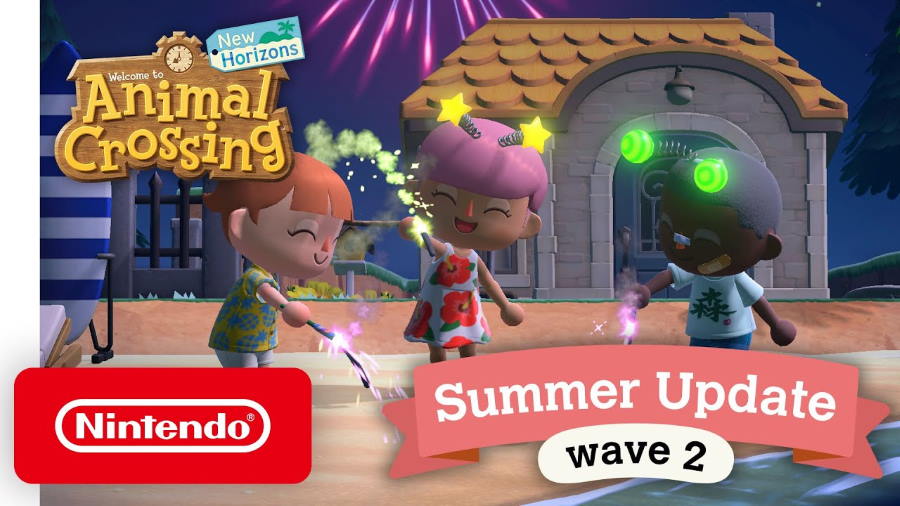 Get ready to experience a dazzling array of color in the sky with the latest summer update for Nintendo’s Animal Crossing: New Horizons.

Summer Update – Wave 2 will bring with it atmospheric firework shows above each island. Players will be able to experience these shows every Sunday in August at 7pm. For an added level of detail, players can also use their own custom design pattern to give these shows a bit of personal flair.

For those who would rather catch some Zs, players will be able to take a nap in any bed placed in their home. While sleeping, players can be transported into a strange realm, where they’ll be greeted by Luna. This character provides visits to other islands as a dream, and players can share your island as a dream with others via a “Dream Address.” Just note that nothing is permanent, as nothing done is saved.

Finally,Nintendo Switch Online members can enable the new island backup service. This service automatically uploads both island and user save data online at select times. The island backup feature is separate from the Save Data Cloud functionality. Note that a function specific to Animal Crossing: New Horizons that allows players to move users and save data to another system is due to release later this year.