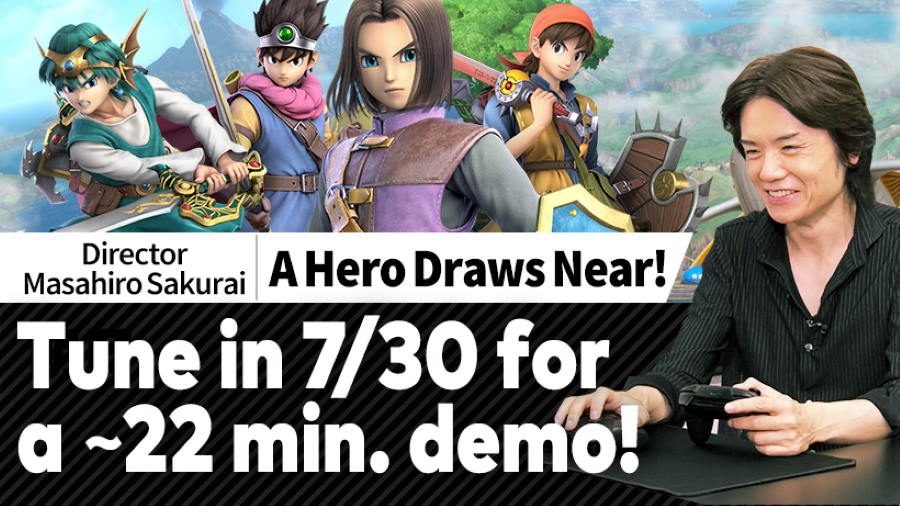 See Super Smash Bros. Ultimate’s Hero in action with an upcoming video presentation for the character.

On July 30 at 6am PT, Director Masahiro Sakurai will jump on a 22 minute stream for the game. Not only will he provide an in-depth look at upcoming DLC fighter, he will also let viewers know when they can download him to their own game.

Join Super #SmashBrosUltimate Director Masahiro Sakurai on 7/30 at 6am PT in a video presentation featuring an in-depth look at upcoming DLC Fighter, Hero from the #DragonQuest series! Alongside new details, he’ll be revealing when the fighter will arrive. Be sure to tune in! pic.twitter.com/BSbGmqXo9Y