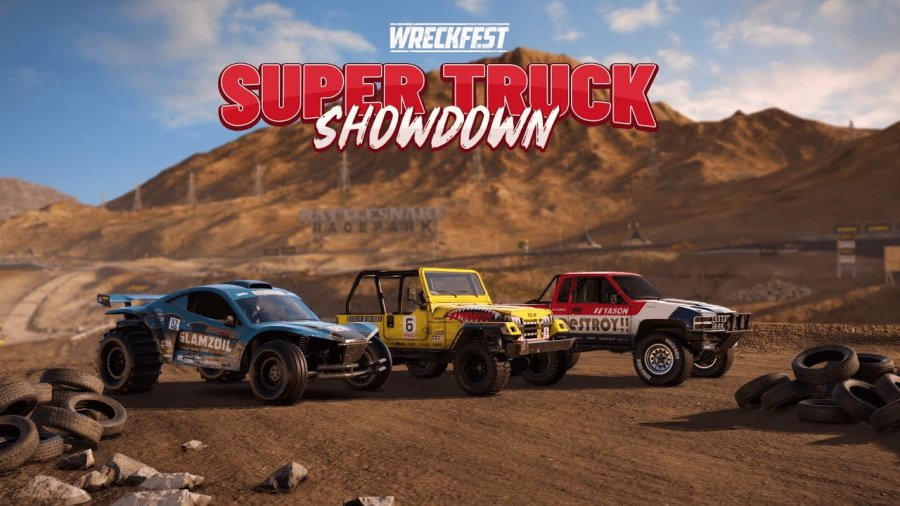 Ladies and gentlemen, start your engines – the Super Truck Showdown tournament and the Off-Road Car Pack for Bugbear Entertainment and THQ Nordic’s Wreckfest is now live.

This event in particular puts the spotlight on Stadium Super Trucks that are hitting both tarmac and dirt. The Rattlesnake Racepark will make its debut, paying host to technical turns, steep jumps, and mountain scenery.

Also included is Car Pack #10, also known as the Off-Road Car Pack. The legendary American beast Trooper, the custom-built super truck Trophy Runner, and mean Sandstorm have all been included. Note that the tenth DLC pack will be included as part of Season Pass 2.

A spiritual successor to the FlatOut series, Wreckfest brings demolition derby antics to the masses. Soft-body damage modeling and sophisticated driving dynamics have both been included.

The update is available for the PlayStation 4, Xbox One, and PC.