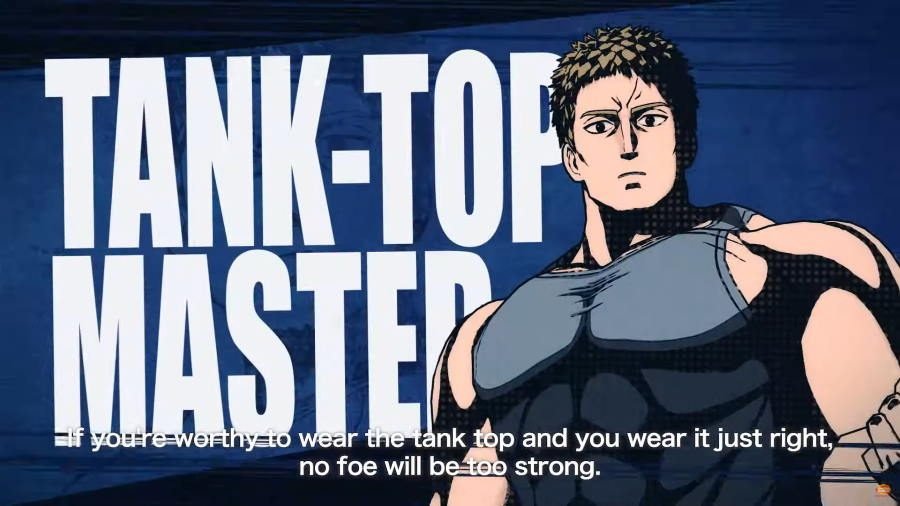 S-Class Hero Tank-Top Master and the Tank Topper Army will make their way to Bandai Namco’s One Punch Man: A Hero Nobody Knows.

See them in action, along with S-Rank Hero Metal Bat, with the trailer below:

One Punch Man: A Hero Nobody Knows is an action fighting game that features three-on-three battles. Heroes like Genos, Hellish Blizzard, Mumen Rider, Speed-o’-Sound Sonic and (of course) Saitama will all make their appearance.