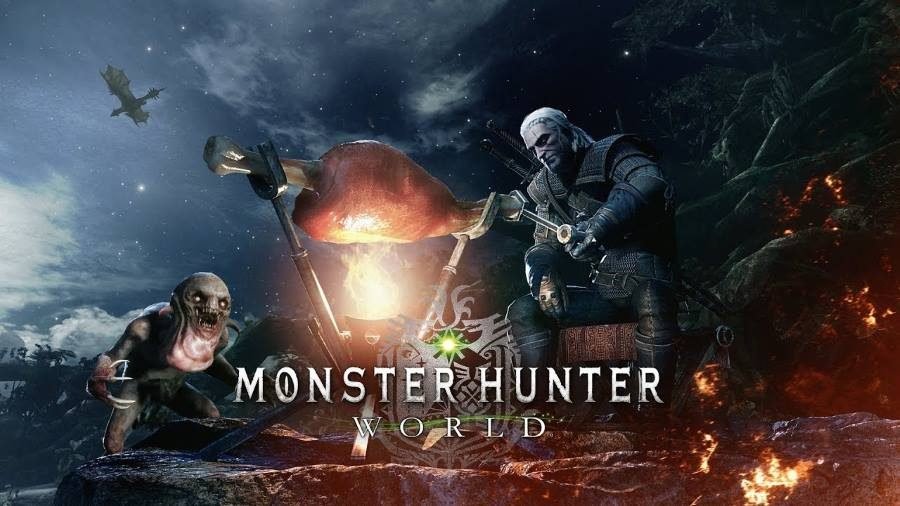 CD Projekt RED announced today that, together with Capcom, a number of pieces of content from The Witcher 3: Wild Hunt have made its way into Monster Hunter: World.

Included in this update is an original quest line available to those who have reached Hunter Rank 16 or above. Geralt of Rivia (voiced by Doug Cockle) takes center stage in “Contract: Trouble in the Ancient Forest.” Players guide the witcher as he tracks down and contends with the powerful force known as the Leshen. The White Wolf’s abilities and arsenal are at your fingertips, including both combat magic and his silver sword. Players will also be able to engage in dialogue exchanges with other characters, influencing how the story unfolds.

Those that complete this content will be able to earn themselves Witcher-themed special items, which include a unique skin and weapon for the player’s Palico companion, resources for crafting Geralt’s armor and weapon set, new gestures, pose, titles, and guild card background.