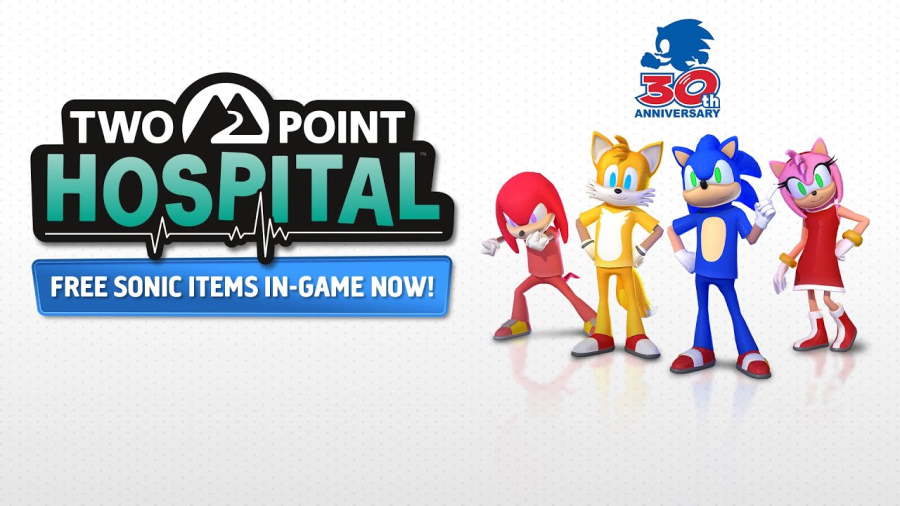 In honor of the series’ 30th anniversary, Sonic the Hedgehog and his friends will cross over with Two Point Studios and SEGA Europe’s Two Point Hospital.

As part of the crossover, players can choose between four different costumes based around Sonic, Amy, Knuckles, Tails. Items including a Sonic statue, decorative rugs, and even a giant Gold Ring will also be included.

According to Studio Director Gary Carr:

[testimonials user=” email=” name=” position=” photo=”]”For us, it’s a dream come true to fully bring the joy of Sonic into our universe. With discounts and free trials coming up to coincide with the pack, there’s never been a better time to get involved.”[/testimonials]