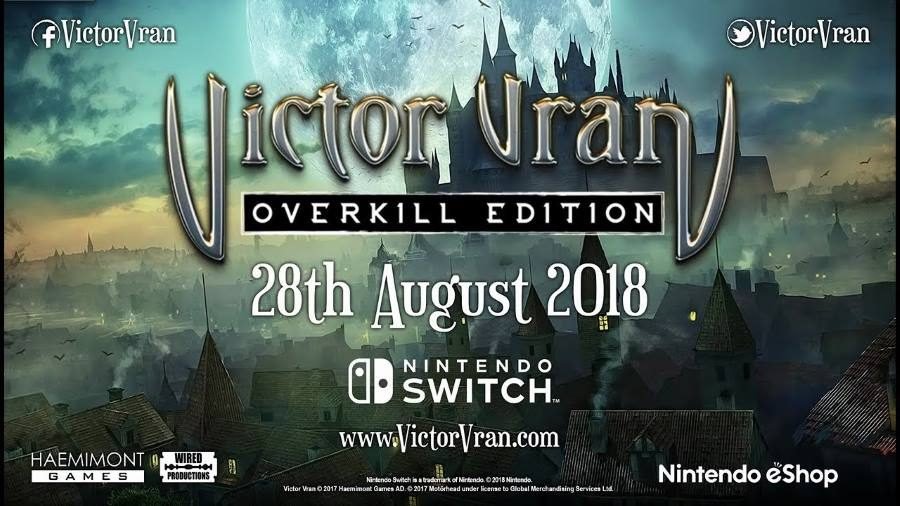 Wired Productions and Haemimont Games announced today that Victor Vran: Overkill Edition will make its way to the Nintendo Switch on August 28.

Included in the game is local two-player co-op, along with support for four-player co-op online. With this edition, players can experience the original all-action game in full, alongside the ethereal Fractured Worlds – a challenging new chapter, and Motörhead: Through the Ages – a tour through the mythos, music, and attitude of the band of the same name.

According to Leo Zullo, Managing Director at Wired Productions:

[testimonials user=” email=” name=” position=” photo=”]“Victor Vran: Overkill Edition is the first game of its kind to arrive on the Nintendo Switch. A masterpiece both technically and in its gameplay, Haemimont Games’ classic action-RPG will be a must have addition for Switch owners around the world.”[/testimonials]

[testimonials user=” email=” name=” position=” photo=”]“Victor Vran has taken us on an incredible journey. From working with Lemmy and Motörhead to seeing so many players love the game as we have has been a real privilege – we’re excited for Victor’s appearance on the Switch platform.”[/testimonials]
Source: Press Release

A mishmash of pinball and zombie defense with rogue-like elements, the world of Zing Games and Daedalic Entertainment’s Zombie Rollerz: Pinball Heroes will come out for the Nintendo Switch and PC later this year.
ShareTweet
Tags
News Nintendo Switch News