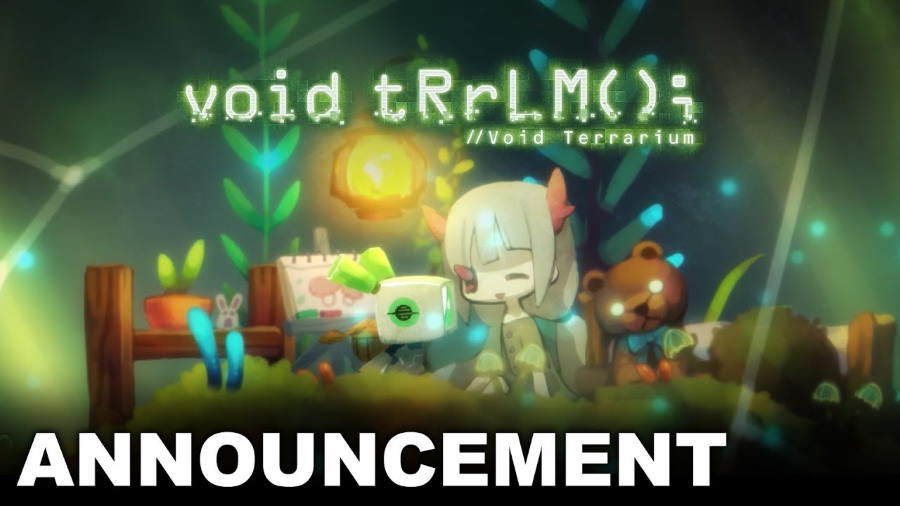 Created by the same team behind htoL#NiQ: The Firefly Diary, NIS America announced that void tRrLM(); Void Terrarium will come out stateside for the PlayStation 4 and Nintendo Switch this summer.

This roguelike adventure pays host to a somber, yet whimsical, post-apocalyptic world that is contaminated with toxic fungi. When a maintenance robot finds Toriko on the verge of death, she is nursed back to health and soon learns that she may be the the last remaining human. To protect her, a decommissioned AI known as factoryAI creates a refuge for her and sets out to protect her.

Along the way, players will encounter procedurally generated levels through the toxic wastes. Turn-based combat is available, along with the ability to customize various skills, equipment, Knacks, and parts.

Note that the physical release of this title will be available as a retail Limited Edition.