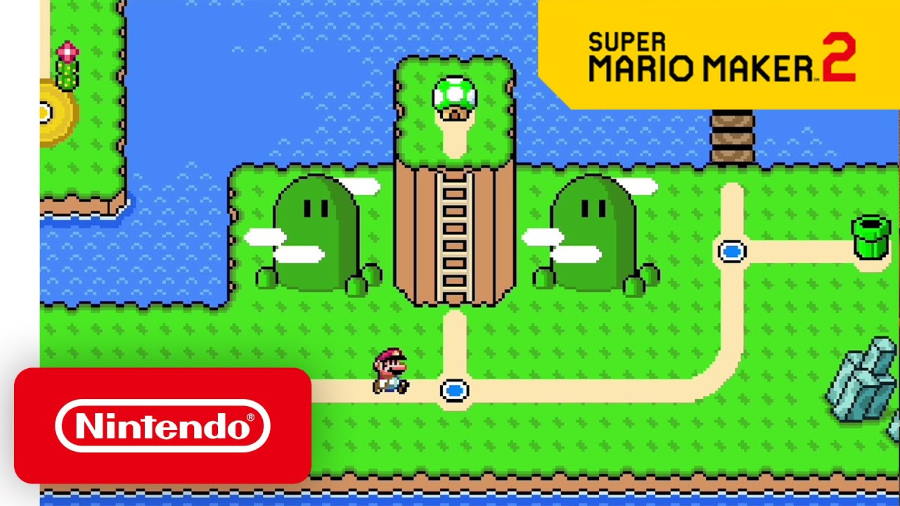 In this title’s World Maker mode, multiple courses that have been created by players can be tied together. Players will be able to customize the look of the world map, and will be able to choose the starting point on a world map up to the end castle. Up to eight different worlds, containing a total of up to 40 courses, can be combined together.

A number of power-ups will also make their way to the game as part of this update. New to Super Mario Maker 2 is the SMB2 Mushroom, which changes Mario and his friends into their Super Mario Bros. 2 rendition. This isn’t just a cosmetic change though; this mushroom allows players to pick up and throw items and enemies.

Finally, all seven Koopalings, the key-chasing Phanto, and the wind-up Mechakoopas will be added.

Note that this is the last free update to the game.

Super Mario Maker 2 is now available for the Nintendo Switch.

A vocal 2D platformer where your voice controls the action, Bad Dream Games and HandyGames’ One Hand Clapping will come out on December 14, 2021.
ShareTweet
Tags
News Nintendo Switch News