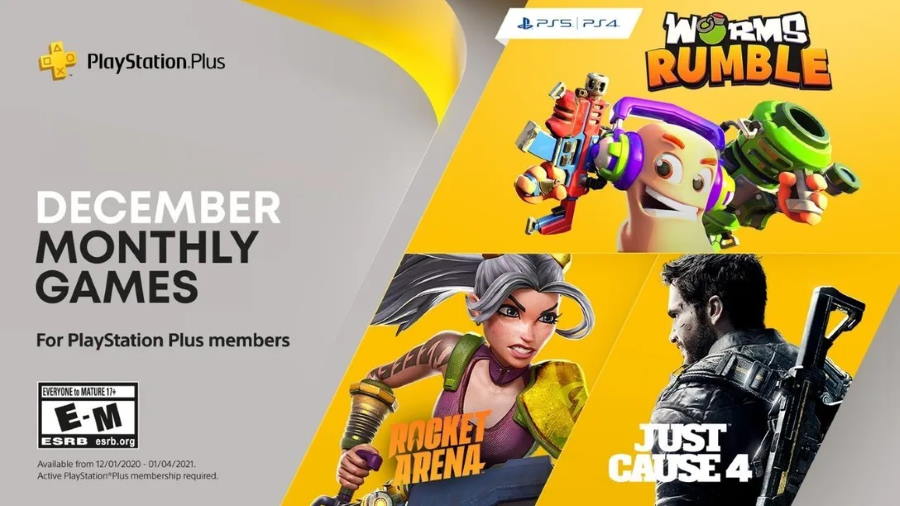 All PlayStation Plus subscribers will be able to add Worms Rumble, Just Cause 4 and Rocket Arena to their libraries this December.

Available for the PlayStation 4 and PlayStation 5, Worms Rumble will feature real-time, arena-based 32 player multiplayer gameplay. Players will be able to customize their worm and take part in seasonal events, community collaborations, and daily challenges. Cross-platform support for both Deathmatch and Battle Royale modes will also be included.

The second title planned for PlayStation Plus this December is the PlayStation 4 title Just Cause 4. Players will be transported to the South America country of Solís as they follow the story of Rico Rodriguez, who takes the fight against the tech-driven private military organization known as the Black Hand. You can read our review here.

Finally, the PlayStation 4 version of EA’s 3v3 shooter Rocket Arena will come out for PlayStation Plus in December. Players will enter the arena and master a number of distinctive rockets and abilities as they take down opponents in Knockout, Rocketball, Mega Rocket, and Treasure Hunt.