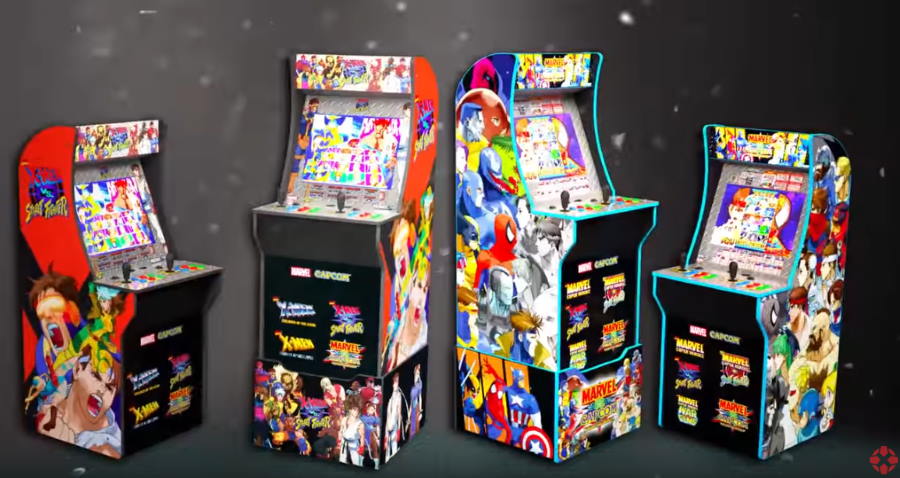 Get ready for a double dose of arcade action – Arcade1Up announced two new arcade cabinets that will feature X-Men Vs. Street Fighter and Marvel vs. Capcom: Clash of Superheroes during yesterday’s IGN Summer of Gaming event.

X-Men vs. Street Fighter incorporates dual-character selection and tag team-based combat, and features elements from X-Men: Children of the Atom and Marvel Super Heroes. Marvel Vs. Capcom: Clash of Super Heroes continues the series in the same vein, and features characters from different Capcom video game franchises like Strider and Mega Man.

These machines have been designed by Arcade1Up to be ¾ scale of traditional arcade machines. An optional riser can be used to have the controls be the same height as they were in the original arcade cabinets.

Below is the list of games included in each cabinet:

Games Included in the Arcade 1Up X-Men vs. Street Fighter Cabinet

Games Included in the Marvel vs. Capcom: Clash of Superheroes Cabinet

There are a number of ways players can get themselves Double RDO$ and XP in Rockstar Games’ Red Dead Online this week.
ShareTweet
Tags
News