If you have Nioh on the PlayStation 4, there isn't a big need to upgrade to the Complete Edition. If you haven't played Nioh and you like action RPGs set in ancient Japan, this is the game for you.

Earlier this year Nioh launched on the PlayStation 4, and now the Complete Edition has launched on the PC. Is this port of Nioh done properly, or should you stick to the console version? Check out our review and find out what we thought.

Nioh is an action RPG in the vein of Dark Souls. Put simply, the combat is harsh and the enemies are unforgiving. You can summon allies to help you and fight dead players to gain extra experience or gear. The combat is more fast-paced, and the world isn’t seamlessly connected like a Souls game would be. Instead, you go through missions that seem small but still take quite a bit of time. You also don’t create a character, and because of that the story is more focused.

In Nioh: Complete Edition, you play as William, an Irishman who goes to Japan in search of his spirit friend Saoirse. He loses his spirit while trying to break out of prison in London to a man named Edward Kelley, who has fled to Japan in search of Amrita. The Amrita is a gold substance that holds great power and can shift the tone of any war. William arrives in Japan during a time of great turmoil. Two large clans are attempting to gain control of Japan, and you are tossed in the middle of it. You don’t actually pick a side, but are forced to side with Tokugawa Ieyasu as the story progresses.

While William does help out in the war, his main goal is defeat Yokai and to search for Kelley and your spirit Saoirse. Yokai are demons that have been popping up all over Japan due to the constant struggles of the various warlords in the land. They make for formidable foes, but they are also full of Amrita which helps William on his journey. Being as the game is set in 1600 during the Sengoku period, you also run into various historical figures as well, including Hattori Hanzo, Honda Tadakatsu, and Suzuki Magoichi. Some are allies, while others turn out to be enemies. 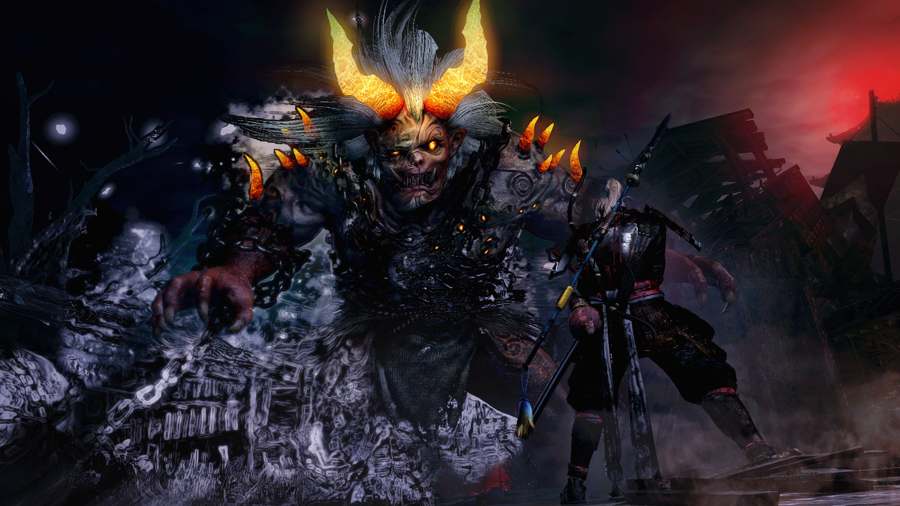 The Complete Edition of Nioh also comes with all of the DLC expansion packs. You get The Dragon of the North, Defiant Honor, and Bloodshed’s End that all add additional content to the base game. You get new weapons, new spirits, and new enemies to face. At the start of the game, there are two new weapon options to choose from as well, Tonfas and Odachi (two-handed katanas). These were not in the release of the base game and were added later. One thing I did notice is you don’t get the DLC armor that came with the PlayStation 4 version of the game. Overall, with all the DLC included, you are looking at more than 40 hours of gameplay, depending on your skill level.

A massive part of Nioh is the combat. Learning the small intricacies of when to restore Ki or switch stances makes a ton of difference. You can regenerate your stamina by hitting the right button when the bar fills up after a combo. If you miss it, you lose that stamina buff and are vulnerable. Same goes for changing stances. You can go high for more damage (but are slower), medium for a good balance of offensive and defense, or low stance for speed but low damage output. Picking the right stance for the right foe can make a world of difference in combat. Elemental effects can be applied to enemies also, which just adds to the combat’s depth.

There are various weapon types you can choose from in Nioh. Katanas, duel katanas, axes, spears, chainblades, tonfas, and odachi can all be used as melee weapons. You can only have two equipped at a time, but you can switch between them fluidly. On top of that, you can use muskets, bows, and hand cannons for extra range attacks. Each weapon tree has different moves for you to learn from each stance. Magic and ninjutsu are another part of the combat you can choose to use if you wish. I know that it can sound overwhelming, but you’ll likely find a weapon or two you like and stick with those.

Spirits are another huge factor in Nioh. William is after his spirit, but there are other Spirits that help you along the way. These Spirits can give you buffs such as more HP, special senses to see enemies on the radar, or an increase to certain elements’ damage. In the Complete Edition of Nioh, you get more spirits to collect, increasing the total to 25. The buffs that they add are a nice touch, but the real magic comes from the living weapon. When you fill up the Spirit gauge, you can use your living weapon which gives you more power and removes you HP bar for a duration. They do have a pretty large cooldown so they can’t be spammed, but they can save your bacon when you are in a bad spot. 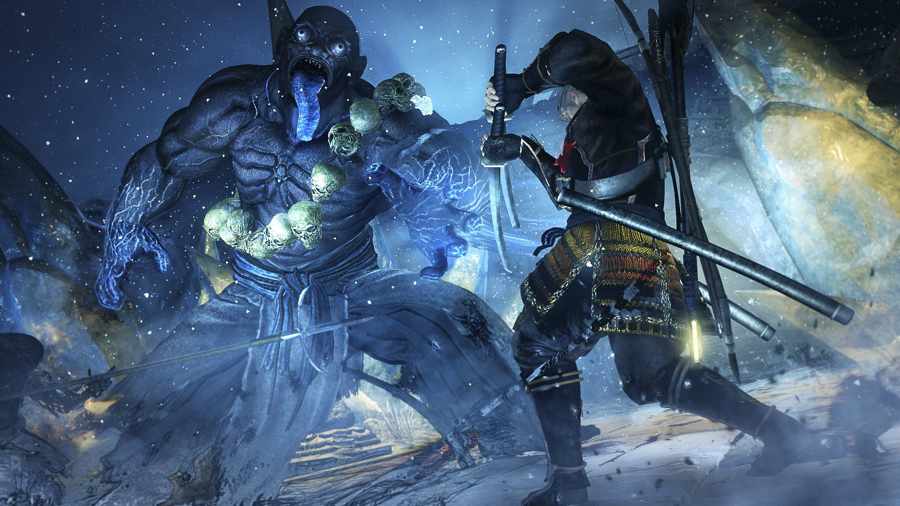 Multiplayer, for the most part, worked fine for me. I could summon people to my world and do the Yoaki Realm with them. However, when I tried to join someone else’s game, it kept bugging out and saying I was unable to join the guy who was just in my lobby. I didn’t get to test the password system either, so I am not sure if that is working properly. I can tell you that I had no trouble getting help, even on lower level missions. The community seems to be currently thriving on PC.

I didn’t run into any crashes or any bugs while I was playing. The performance will depend on your PC specs, but I don’t have a super rig and was able to play the game on max settings with no issues. That said, the graphics options for a PC game are very limited. You also need a controller to play, as the mouse and keyboard don’t work with the game. I did some Googling, and you can get them to work, but it’s not in by default. From my perspective, I’m not sure why you’d want to use a mouse and keyboard, but the option should at least be there.

If you have Nioh on the PlayStation 4, there isn’t a big need to upgrade to the Complete Edition. If you haven’t played Nioh and you like action RPGs set in ancient Japan, this is the game for you.

This review of Nioh: Complete Edition was written based on the Steam version of the game. A code was provided by the publisher.
ShareTweet
Tags
Game Reviews Johnny Hurricane Reviews PC Reviews