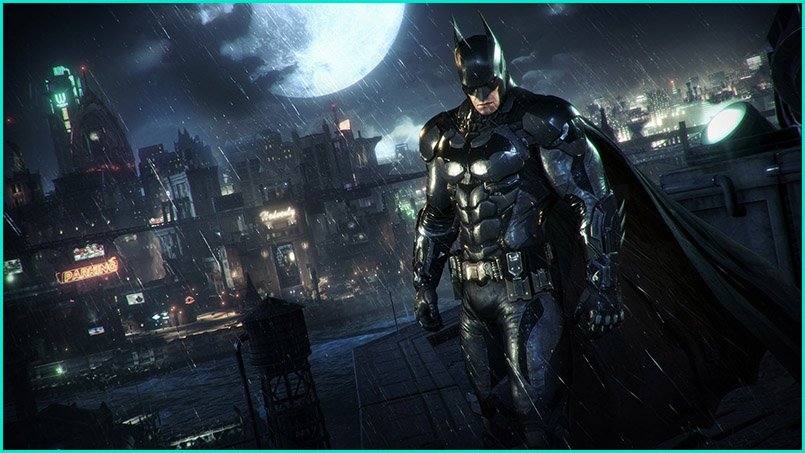 Batman: Arkham Knight is the fourth and final main installment in the Batman: Arkham series and the third to be headed by veteran developers Rocksteady Studios. Players once again take the role of Batman in a story set after the end of Batman: Arkham City.

Following the events of Arkham City, the citizens of Gotham rest easy: only to bring about an alliance of super villains. As Scarecrow terrorizes the city of Gotham with his mysterious ally the Arkham Knight, a city-wide evacuation has taken place, and the entire rogue’s gallery of Gotham super villains has been mobilized to end Batman once and for all. Batman must now use his skills: both physical and mental to overcome this combined force, consisting of age-old foes Two-Face, The Penguin, The Riddler, Poison Ivy, Harley Quinn and the Scarecrow. Batman is, however, not alone: as he finds himself aided by his comrades Nightwing, Robin, Catwoman and Barbara Gordon.

Set in a sprawling open world five times the size of Batman: Arkham City, Batman: Arkham Knight brings back the classic Batman: Arkham gameplay of brawling, grappling, stealth and detective segments. Batman isn’t limited to his tools this time, however: to traverse the huge open world of Batman: Arkham Knight, Batman now uses his Batmobile to speed along the streets of Gotham and deliver justice to a city devoid of all but criminals. Apart from the Batmobile, Batman now packs even more gadgets and tools to help him in his forensic investigations, stealth infiltration and brawling. Batman can now also use certain tools while gliding, allowing him to be a force to be reckoned with.

Apart from the main narrative, players can dive into Most Wanted missions, which feature prominent characters from the Batman universe and involve taking down important villains in Batman’s quest to rid Gotham of crime. Batman isn’t alone in introducing his new gadgets however, as enemies are now equipped with powerful new tools and weapons, such as gatling guns and tasers. New ‘medic’ enemies can heal unconscious enemies while shielding fighting enemies. Also new to Arkham Knight is “Dual Play”, which allows the player to switch from Batman to one of his allies while in combat, allowing for powerful double-team takedowns.

Check out the latest information for Batman Arkham Knight on Gamers Heroes. We’ve compiled a list of guides, news articles, reviews, opinion pieces and more media than you can throw a stick at. 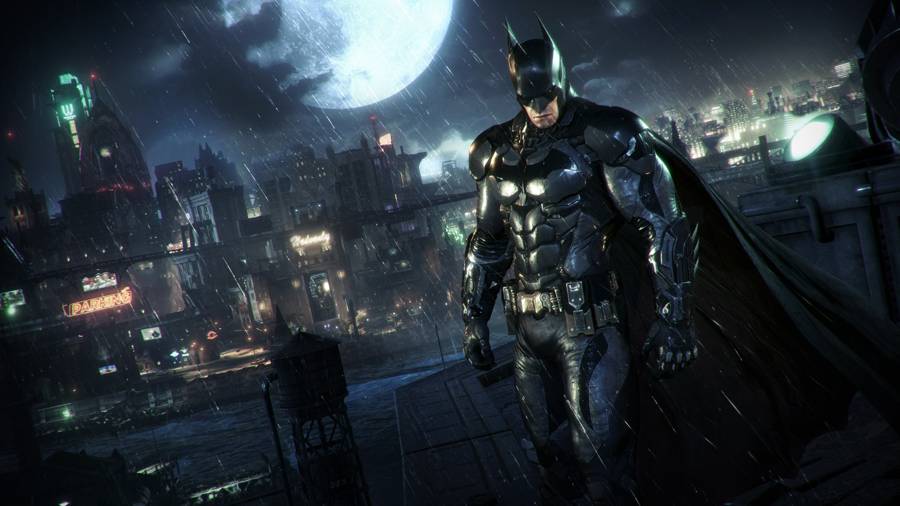 Posted May 9, 2015 by captaincamper
in Batman Arkham Knight News

The Voices Of Batman: Arkham Knight Revealed In New Video

DC Entertainment and Warner Bros. Interactive Entertainment recently released an impressive list of talent as the voice cast representing the most iconic characters in the upcoming Batman: Arkham Knight has been revealed.

DC Entertainment and Warner Bros. Interactive Entertainment recently released the latest exciting addition to the video footage of the epic upcoming conclusion to the critically acclaimed Arkham franchise, with the All Who Follow You trailer for Batman: Arkham Knight. You will have to do quite a few story missions in order to unlock the Two-Faced Bandit side mission. It is actually one of the shorter missions but still fun to do. This Batman Arkham Knight Two-Faced Bandit guide will help you get the mission done with no trouble at all!